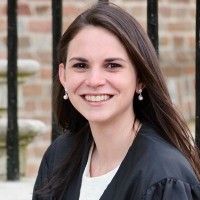 RajNATION is an expert in storytelling, and his work has been featured on a number of outlets including NBC, Ted, Forbes, Sales Hacker, and many more. He's also the host of Startup Hypeman Podcast.

In this interview we discuss:

To start, give a high-level introduction of yourself

To know me personally is to know that my driving belief of life is that everyone deserves to have a voice. That influences and fuels all of my personal and professional pursuits that I put a lot of time and attention into.

What that means and what that has unfolded into over the years is a handful of things, such as being a yoga instructor, a hip hop artist, a professional ring announcer for MMA and Combat Sports.

These are all things that I can currently do today. It influences and drives Startup Hypeman, the company I started and I call myself the Chief Pitch Artist. All of these different pursuits plus Startup Hypeman are all different ways that I see as my commitment to that belief of helping give people a voice.

The way I'm going about that is through storytelling in its different forms. That's why I started Startup Hypeman and what we're doing with Startup Hypeman is helping growing companies not suck at how they pitch themselves and tell their story.

How did you pivot that mission to helping startups?

It was actually almost a serendipitous event. I had a previous business before this which was actually focused on personal brand development. We had a lot of really good strategies but we never figured out the right business model for that. So we had to shut that down.

We did a lot of networking while running that company. Over the years, I happened to get to know the CEO of a startup incubator here in Chicago. It was almost like perfect timing, when we were sunsetting that first business, this CEO reached out.

With that first business with the personal branding, what we got really good at was figuring out someone's personal elevator pitch. When someone asks you what do you do? Having a great response to that question.

He reached out and he was like, hey, I know you're really good at this pitch stuff. We've got this cohort of startups. Our last cohort did really bad on their demo day, can you come in and work with startups?

I was like, yeah, sure, why not? Now, truth be told, I hung up the phone and immediately frantically Google searched what is a startup pitch deck and all that stuff.

I wasn't familiar with the landscape and gave myself an MBA level education on startups. I quickly saw a lot of the stuff that I was doing with personal branding applied to startups and the storytelling mechanisms were exactly the same.

It's just applying it to a different avenue. We had that opportunity with the incubator, we worked with about 20 different companies there. A lot of them had a lot of really good success. And I was like, okay, we're off to the races with this. This is the next thing for me.

What is a recent innovative marketing campaign that you conducted?

I'll call back something that I did for Startup Hypeman earlier this year. I like to blend my different talents into Startup Hypeman. I mentioned earlier that I'm a rapper and I will make business rap songs and they're not like hokey either.

Earlier this year I actually wrote, recorded, and created a music video remixing the song Stan by Eminem. It was called Karl and it was about a lonely SDR just trying to get a response through all his cold outreach from his favorite prospect.

We took the story of Stan but applied it to this SDR who starts losing his mind because he can't get a response. We created a fully produced music video for that as well. It's a ton of fun to make and it was really successful through organic LinkedIn posts, zero paid traffic or anything like that.

We drove 15 thousand views to it and it was a six and a half minute music video. The average person was watching it two to three times.

It's hard to get someone to watch a 20 second video and people were watching six and a half minutes multiple times and it drove like $150,000 in pipeline and it returned a new customer within ten days.

It was massively successful. I put that video up because I know people might be interested in it, but I mostly did it for fun. But I'm not measuring against any KPIs. I wanted the message to resonate with people and make them laugh.

So then reaching out to them afterwards and I could be like, hey, if this made you laugh, you might like what we're doing over here with how we help companies.

It created a really easy segue to generate the lead then out of that.

Why do you think your content specifically stood out?

Well, it's relatable. If you go and watch that video and listen to the song, it's a parody. But some of the little tropes that I put in there are stuff that if you're an SDR, if you work in sales in any capacity, it's stuff you've thought about before.

It's stuff that has crossed your mind, even if you haven't said it out loud before. When you're really annoyed. Why hasn't this person responded to my email?

I think it spoke to the audience really well. That's my key thing is you got to create stuff that your audience is going to care about.

I think that paired with the fact that it's just different. It's something that you're not used to seeing in your newsfeed. We drafted off of the familiarity and the recognition of the original song, Stan. That helped as well.

I think there's a certain level of genuine nature and authenticity to it as well when I'm creating that because it's who I am. You don't look at that and say that Raj is really trying to be a rapper. You're just like, wow, he can rap.

I don't want to make that sound like I'm puffing myself up or anything. I'm just saying because it's who I am, I think that's received really well. It doesn't look like I'm trying to be something I'm not.

I'm sure you've seen certain videos and content marketing before where you're like, wow, they tried really hard on this. Then you get people snickering about it and you get like, pity likes. I'd rather have no likes than get pity likes.

It wasn't a six and a half minute video saying, I'm Startup Hypeman, buy from me for these reasons. Towards the very end there was like a random mention of Startup Hypeman because it fit in the lyrics.

But it's a six and a half minute video where the goal of the video is not to tell you about our company's offerings. That's where I think a lot of marketing, and specifically content marketing falls flat.

I'm sure you've seen this where you're reading a blog post and it's literally just a promotion for the company instead of just being good, helpful information for the reader.

It's like every time they create something, they think they're missing out if they don't make sure they do a direct pitch.

What is one marketing mindset or strategy you're really excited about for 2022?

It's a continuation of something that hit me probably two years ago. Now we've grown a little bit more as a company, I feel like we've got some more resources at our disposal now to do better versions of it.

Sure, you can have your ebooks and stuff. We do those every now and then. But I look at things like hype retail. Like drops for the new Yeezys.

I look at how people are getting excited about things like NFTs. I don't fully understand what NFTs are like or why something I could copy paste or take a screenshot of is all of a sudden worth a lot of money.

One project that we're working on right now is creating a startup mixtape. That's going to be a Spotify album that companies can stream on their own.

That's not ten songs about Startup Hypeman. It's going to be a mixtape documenting the life of working at a startup, of founding and running a startup.

I want it to be the thing that people choose to play in their car because they enjoy it, not something that they are like, oh, that's interesting, I'll listen to it once and never go back to it.

It's beyond novelty. We're going to create an album that's actually good music.

You know what it's going to say? RajNATION is the artist and Startup Hypeman is the label, whatever you want to call it. The brand is there, but it's not meant to be a ten song pitch.

So looking at ways to be a B2C marketer in the B2B world.

What's one mindset or strategy that you're ready to see end this year?

The notion of trying to convert everything into a sale or into a lead in that moment.

If you have ten posts, eight of them will be about some new product release update, product feature update.

In ten straight posts, 80% of the posts are hoping because there's no strategy behind it, are hoping that someone's going to see that and in that moment be like, you know what? I was waiting around all day to be told I should take a free trial or I should schedule this demo.

You can walk the halls of a lot of companies and the marketing team is doing things, but no one's really being like, hey, is this effective? Is this working?

It's crazy how many teams don't actually know how LinkedIn works. It's a long winded answer. But ultimately I want to see marketers step their game up and stop thinking that everything that they put out is supposed to be a direct lead driver in that exact moment that the person sees it.

All you're doing is just shouting and relying on hope to generate awareness and leads. And I'll tell you, hope is not a strategy.

A rapper I really like said this a long time ago when he was just applying it to how he writes music and he said, make every word count.

Make it count towards being useful and valuable to your audience. My personal philosophy at Startup Hypeman is to make something so good or interesting or unique or different that the person who consumes it can't go to sleep that night until they've told someone else about it.

If you can create can't sleep content, people will want to be part of your brand. It's not easy to do. If you take the time and dedicate yourself, that's the path to go.

Promote your services for anyone looking to tell better stories for their company and how they can get in touch.

If that's something that you're thinking about as a company, the markets that we serve are the scaling startups who need a scalable narrative specifically that their sales team can use day in and day out on their discovery and demo calls.

We also work with early stage startups looking to raise capital and helping them figure out the right investor pitch.

We also started making music videos on behalf of other companies.

In this piece, we cover insights regarding product tour usage, structure, and use cases.

Ready to accelerate your go-to-market?

Allowing the product to speak for itself generates more interested, excited...
Natalie Marcotullio

Ready to accelerate your go-to-market?